I never thought I was going to do this kind of post, but here I am: surprise! I’m pregnant! I’m already 24 weeks pregnant, so more than a half way through.

But I would like to come here and explore more about this topic of maternity and since October is Pregnancy & Infant Loss Awareness Month, I would like to share my story. I would like to talk about some topics that I don’t see women talking too much and that I already experienced. So here is my story about the feelings and also what happened before I am here, 24 weeks pregnant now…

Well, my feelings were pretty mixed. On the first time I got pregnant was in 2018, I was having some issues with my period that it was kinda messed up, and then I started to feel weird, those symptoms of early pregnancy started to show up, but I was not expecting anything as we were not planning. But why not take a test, just in case. For my surprise, it was positive and the lines were extremely dark. After I saw that I was shaking, my heart was pounding. After the shock of the news has passed we started to get excited about it and think about all the things that would change in our life.

We decided to do a little surprise to our parents, and with the picture of the first ultrasound we made a little card for our parents. We had a vacation planned to Russia before we even know we were expecting, so on the day we arrived in Russia we had both of our parents opening the cards at the same time, it was nice to see their reaction.

Before this trip, we only did one ultrasound and everything was fine. During the trip we completed 12 weeks, we took some pictures and decided to post on the social media announcing that our family was growing, everybody was really happy.

But on the last day we were in Russia I started to spot and I got really worried because I had a feeling that this was not good. When we arrive at home we went straight to the emergency of the closest hospital, was not the one we were going for the consults with my doctor. On the emergency, they did an ultrasound and said the baby was fine, but my husband and I we could not see the heart beating, and we knew how that looks like. The doctor sent us home and said everything was fine.

On the next morning, around 5am I woke up and felt like a ballon had popped inside of me, and then I ran to the bathroom and started to had the worst cramping I’ve ever had. I woke up my husband and we ran to the emergency of the hospital of my doctor. There we did some ultrasound and we got the confirmation that we were miscarrying. It was pretty sad and the feeling I had was so weird.

After this loss, we had other 3 chemical pregnancies (early miscarriages), and I started to feel kinda depressed because everybody around me were getting pregnant, not that I was not happy for them, but I was not understanding what was wrong with me.

Well, I decided to change my doctor and my new doctor did a bunch of exams right away to try to understand what was wrong. All the exams came back normal, except for the progesterone level that were not really the best one.

My new doctor, asked me to let my body recover for 2 months and while this I should take some folic acid beside the prenatal pills. Well, we were not really trying, but we got pregnant again in May this year and because all those chemical pregnancies I did not told my husband about the pregnancy until I was sure that the lines were progressing.

We got super excited and everything turned out really good. We went to our first ultrasound at 6 weeks, we could barely see anything, but we were so lucky that my doctor asked to do an ultrasound every week until we complete 9 weeks. We were able to see the baby developing and growing healthy, it was magical.

So yeah…I’m pregnant! I’m beyond than happy and so thankful for all that happened and made me understand and search more about this miscarriages and see that I am not alone. October is Pregnancy & Infant Loss Awareness Month, so I will be sharing more information about this.

Please, leave your comment and share this with someone that need to know that they are not alone.

Hello, my name is Hellen and I am a Brazilian girl living in Seattle, WA. I love everything about travel, lifestyle, fashion and beauty. Follow me on social media! 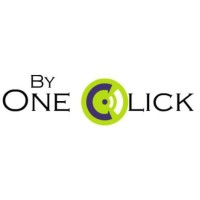